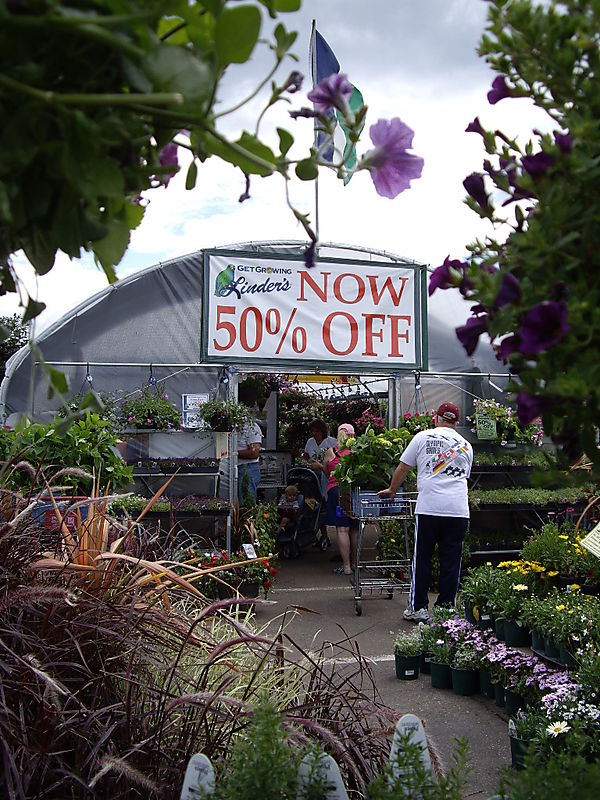 Ya ya ... I know all you people in California and Texas and Florida think this is no big deal but for us who live 'up north', the annual Linder's Garden Center half-off sale is the real kick off to the Summer growing season. Because it's been so cold and miserable until the last week or so, no one has felt like gardening. The nice weather and the plant sale are like a breath of fresh air. The Linder's greenhouses that dot the shopping centers across the Twin Cities are packed with gardeners ... and so are their cars! 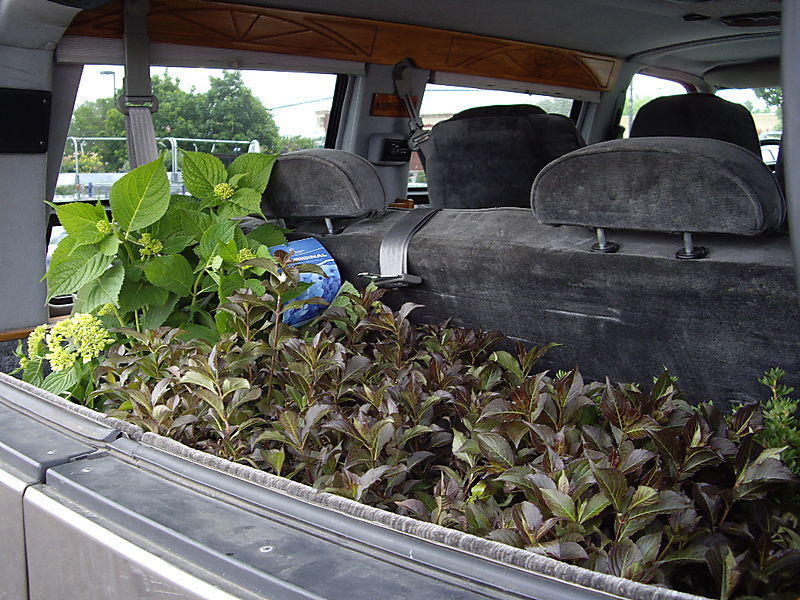 Not wanting to miss out on the action, Bob and I headed to one after breakfast this morning. I FINALLY nagged him into getting a hydrangea for me ... right before some guy with two carts came by and cleared out all they had! After some 'discussion', we agreed on two varieties of Weigela to replace the hedge along the porch in front. I like them because they have pink flowers and the foliage is interesting. If 'someone' had his way, everything would be green without a stick of interesting color anywhere. When he's not looking, I'm going to sneak back for another hydrangea, a couple burning bushes and maybe a few other interesting shrubs for under the bay window. Picked up a cute pink potentilla for that area, too. It'll be darling. 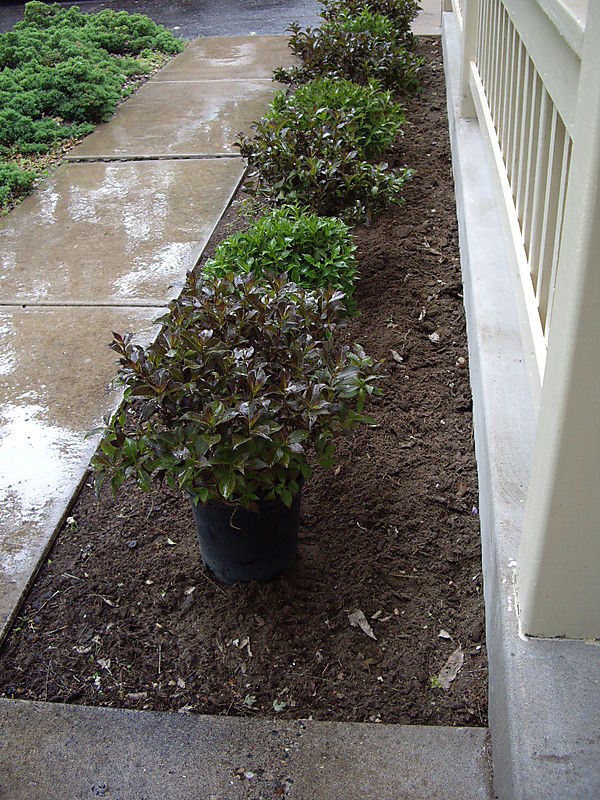 Bob got right to work ... ripped out the old hedge and got the dirt pumped up with compost. Now he's got the pots spaced just right and even though they aren't in the ground yet, they make a huge improvement! 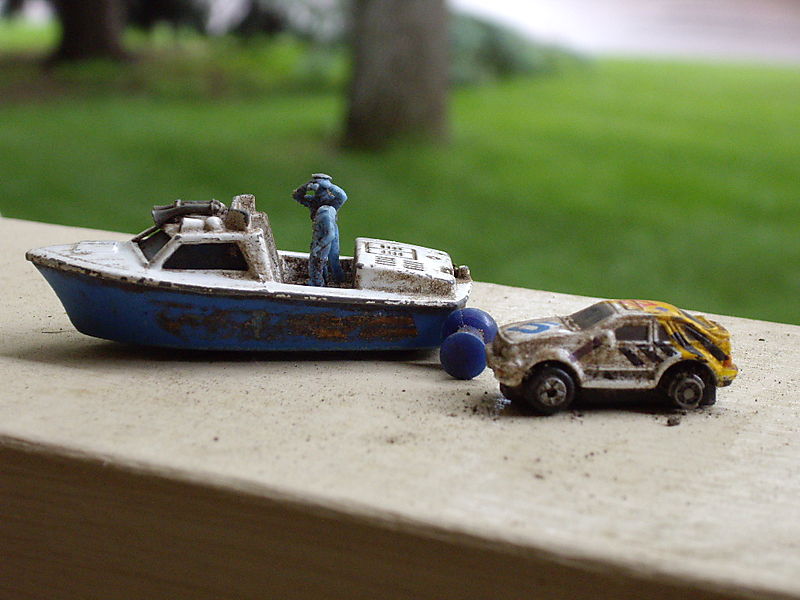 It seems like every time we do some landscaping ... especially if it is in the front of the house directly under what was once little boys' windows ... we find artifacts. They often played on the railing too and I understand the car and the boat how did that plastic tack get in the hedge? Always wondered where that little boat went! So now that we have pots of flowers on the step and hanging from hooks, it's time for Summer to really begin!! 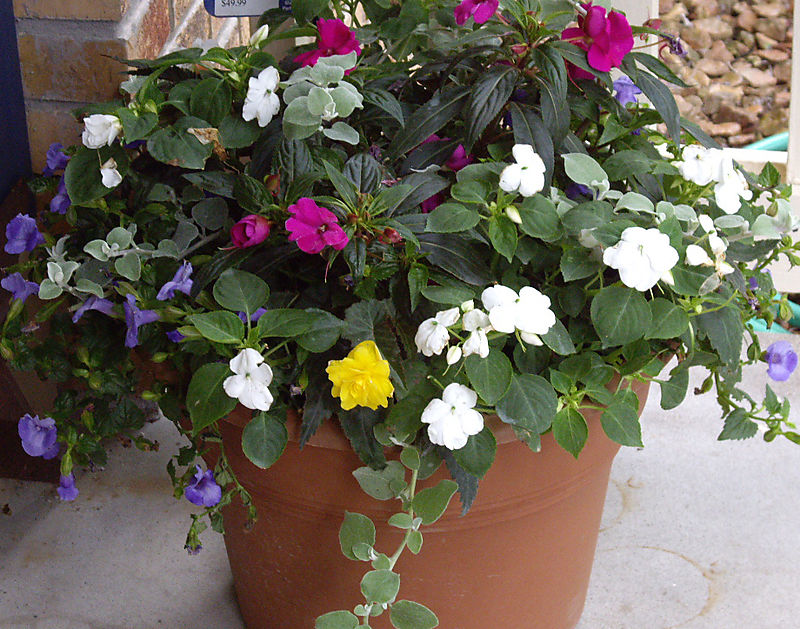 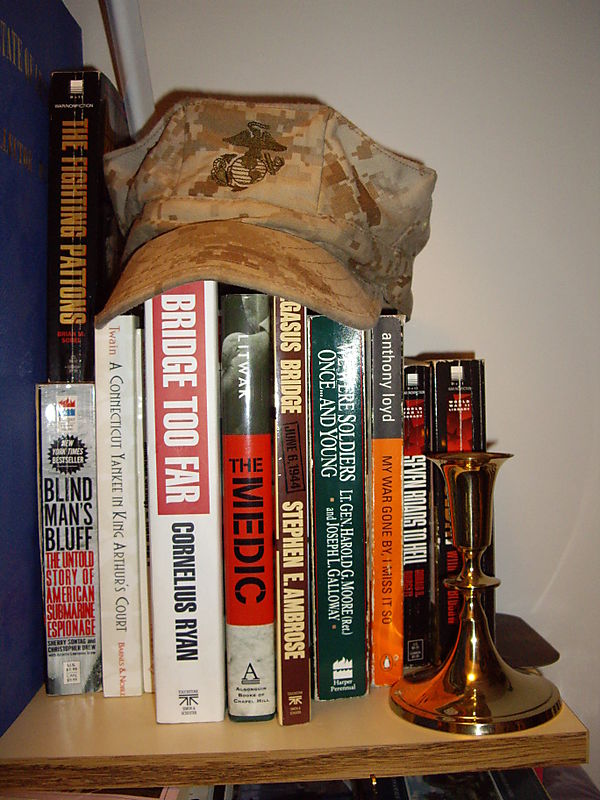 Well, if you've seen the news this week, you probably have heard that another military reserve unit from Minnesota has been deployed. Of course, this one hits pretty close to home for us as Alex trades in his school books for a flak jacket. Unlike most other units, this group isn't going to Iraq or Afghanistan but to the Horn of Africa in support of Operation Enduring Freedom. The official send off was on Monday, complete with the parading of the colors, the unit standing in formation, dignitaries and speeches. Having been on both sides of the military uniform, these kind of events never fail to impress me! 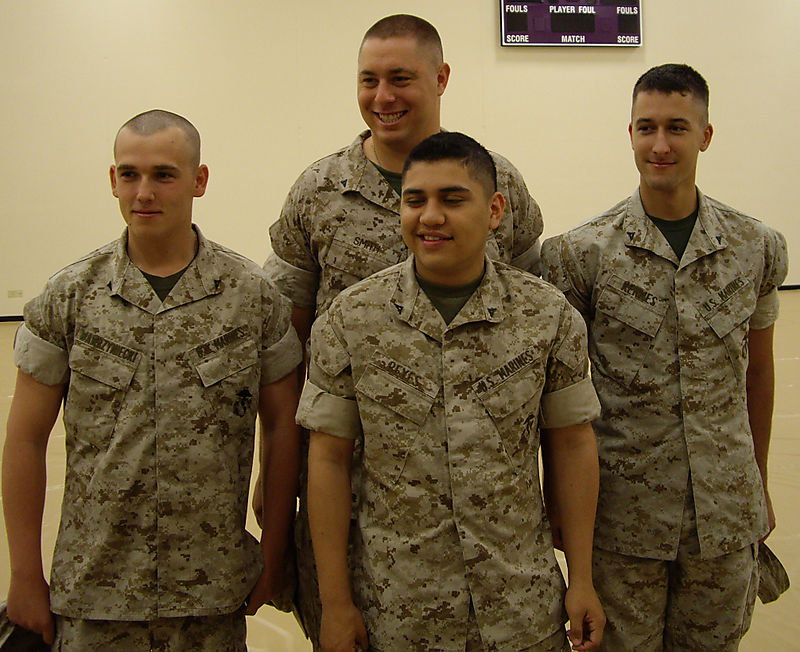 It's nice to know that Alex will be in such good company! These guys just crack me up. "War" because no one in the Marines goes by a real name, Smith who I never realized was quite so tall until I saw him towering over everyone while standing in formation, Will who makes me laugh with his happy outlook and Alex ... what can I say about him? One missing in this group is Ethan who drew the short straw and is being sent to Iraq. Miss seeing him getting his hair buzzed in our kitchen the night before drill. 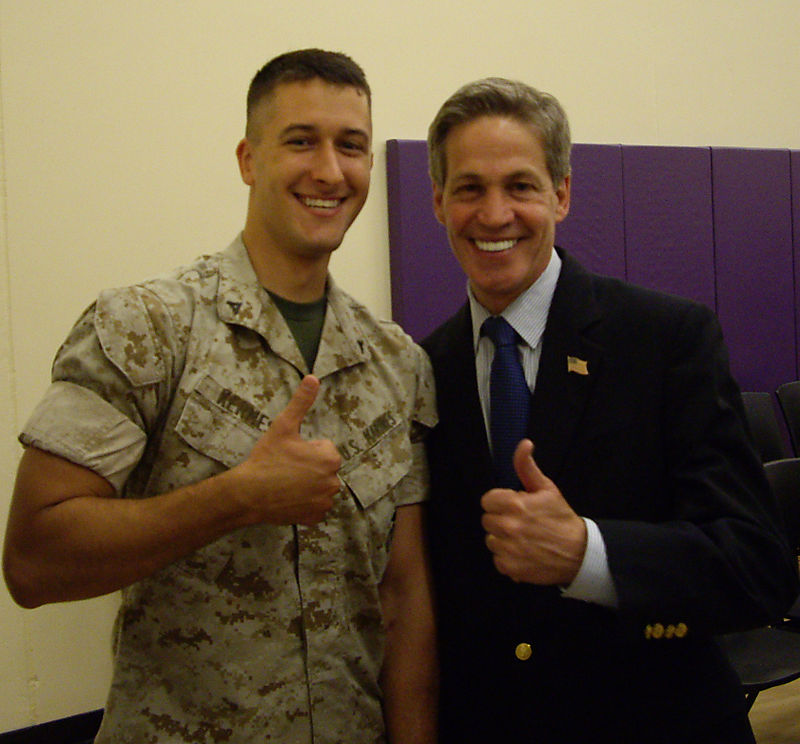 Wouldn't be a deployment without celebrities! Governor Pawlenty was the main speaker, as well as Representative Kline, who has a son in Iraq ... he spoke about what it means to be left behind from a dad's point of view ... and Senator Norm Coleman who was nice enough to let us get a photo of him with Alex. Does that thumbs up mean Alex will be pencilling him into his absentee ballot this fall??? 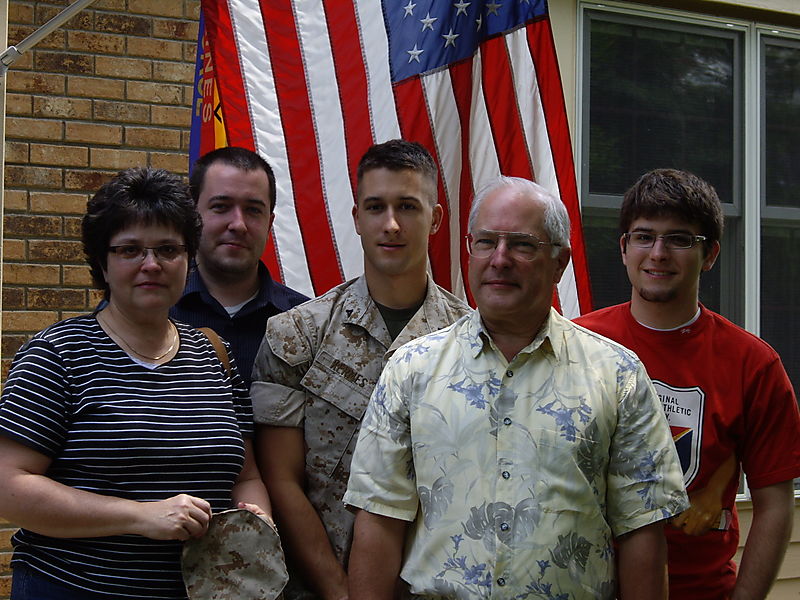 Have to take family photos. Nice touch having the flag in the background, don't you think? This is one of the few where I don't look like I've been sobbing uncontrollably ... ya ... I was a mess. Some I was crying and laughing at the same time! Poor Alex couldn't look at me half the time. I was so jealous of those moms who didn't even shed a tear. How do they do that? So here we all are ... Roseann, Rob, Alex, Bob and Teddy. 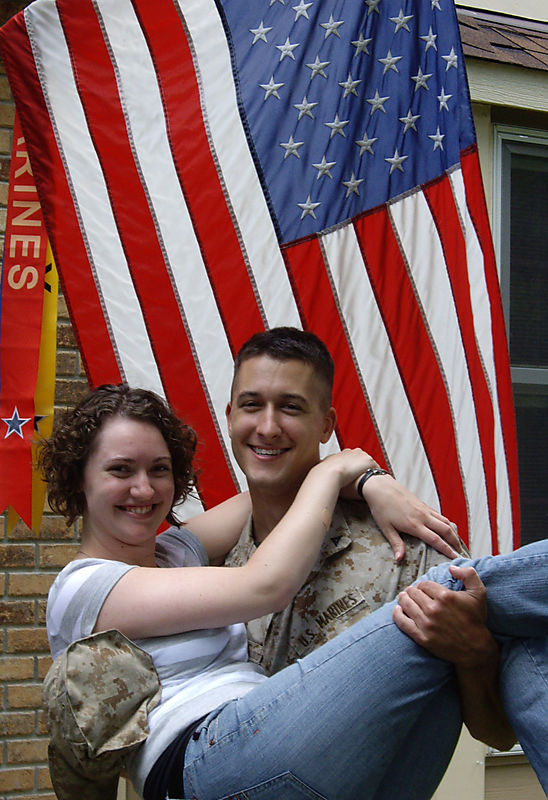 One last one ... even though there are tons more. I love this one of Alex and Katie. Katie's off to teach in France in September ... her mom and I are in the same boat. Who told these kids they could grow up and lead their own lives??? Here's a link to my flickr if you want to see more of the day ... http://www.flickr.com/photos/rosebudscottage/ ... can't wait to put up some from the homecoming next year! 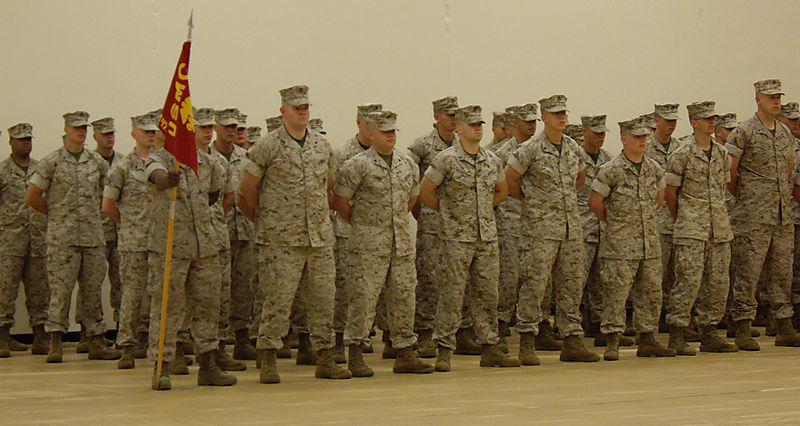 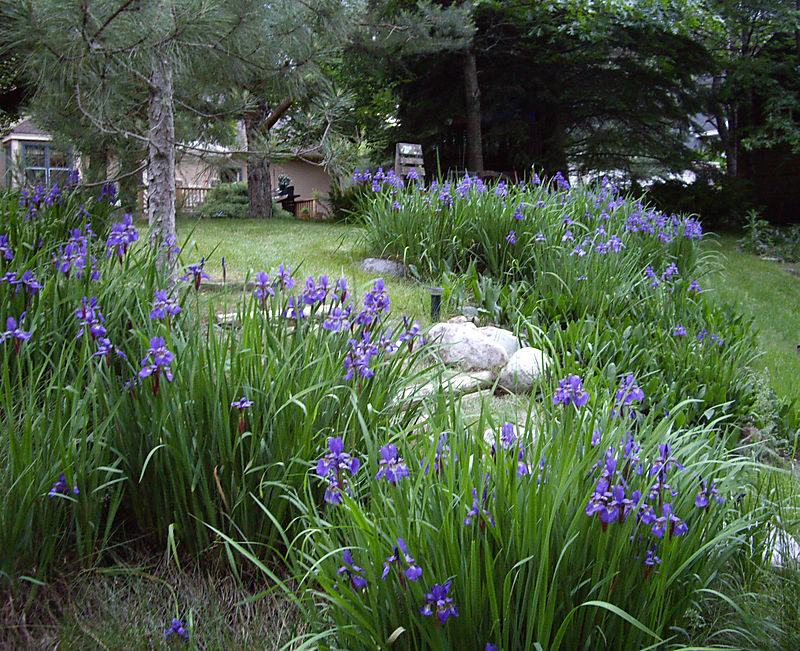 When we first moved to White Bear Lake, our lot was totally bare. We didn't even have grass. Bob thought it would be a great idea to plant seed and it seemed like for two years we lived with weeds in the back yard. As things got going, we planted trees and flowers but they always seemed lost in the vast expanse. I didn't think we'd ever have a yard that was worth looking through the windows at!

One of the many gifts my sister Sue gave me were transplants from her garden. Twenty-three years later and several moves around the yard, they continue to thrive. These miniature iris plants are my favorites! I look forward to seeing them each year as their color is so intense. We have them planted on a steep bank with a wide set of grass and log stairs in between two big groupings. They fit perfectly here and each year spread out just a little bit more.

It seems late this year because of the cool Spring we've had but they're always a welcome site when they begin to bloom. I could see them through the pine trees when I looked out my kitchen window today. They make me happy ... but the best part is that when I see them, in my mind I also see my sister! It doesn't get any better than this! 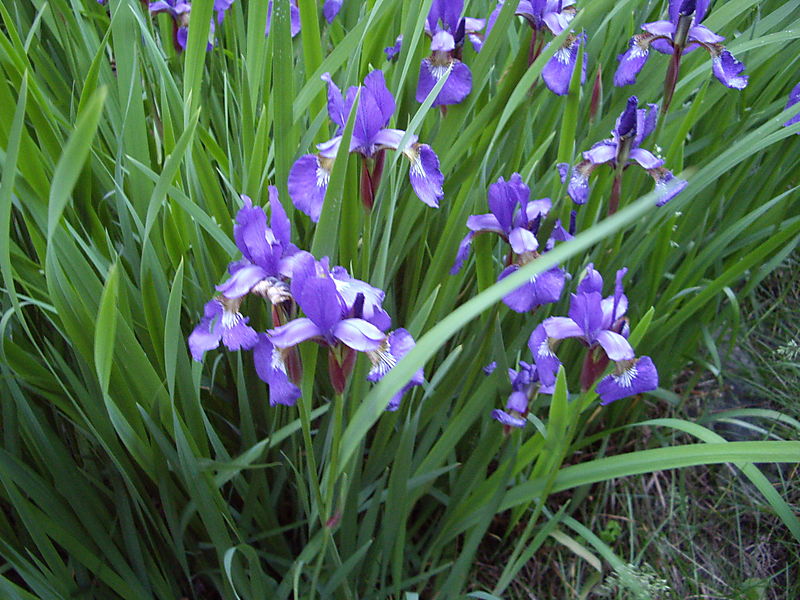 Is this lazy? Or innovative?? 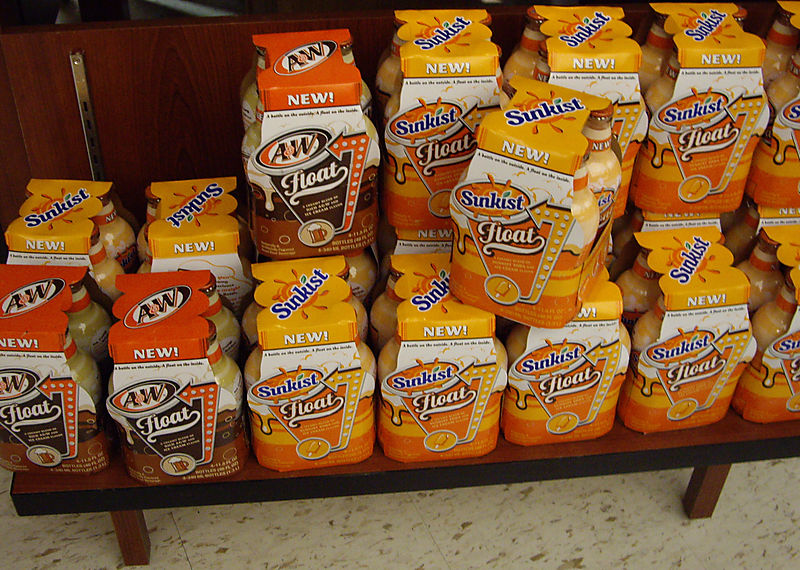 I saw this display of premade rootbeer or orange floats at the grocery store the other day. At first it was intriquing ... but then I got to thinking that maybe it was just one more thing that makes us lazy! I mean really ... how hard is it to scoop vanilla ice cream and pour some pop over it?

Turning one of the cartons over I found that there's a web site for these ... http://www.floats.com ... you can find everything including why they did it and the nutrition information.

As interesting as the idea is, I just don't see a float in a bottle replacing traditional floats. There's just something so summery about controlling the amount of fizz so it doesn't spill over the edge of the glass ... and the total experience of enjoying a float on a hot night sitting outside on the porch. I don't think a float in a bottle will quite do it for me! 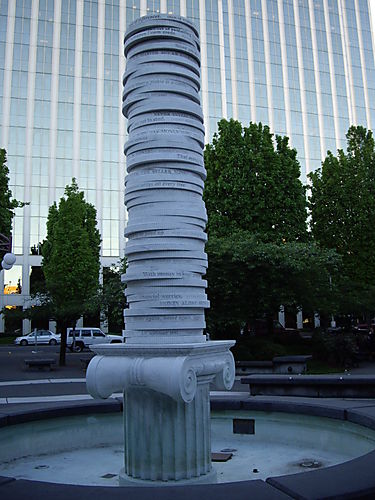 This fountain {without water} was in front of a shopping mall in Portland. It puzzled us because ... well ... malls are known as a place to get rid of your $$$ ... but this seemed to point out the evils of capitalism. 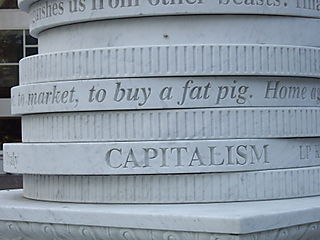 The sculpture looked like stacked coins. Each 'coin' was engraved with words or phrases that had something to do with money. Others a vague reference. It was interesting and different ... I wish I could have read all of them. But more than anything, I wish I knew what it was about. One of those fun and quirky things you find when you travel. 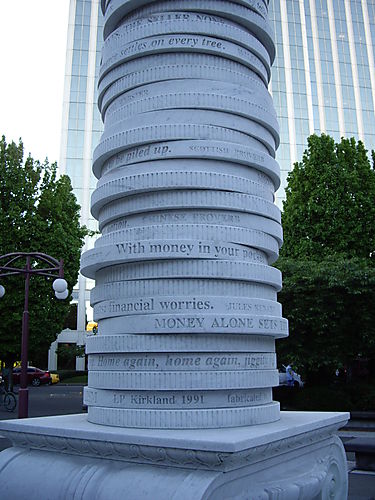