Home Archives Profile Subscribe
We've got it ... Fat Quarter Fonts!
Left-right brain test ... so where do you fall? 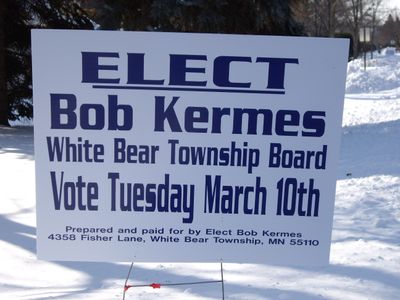 And you thought the election was over for awhile. Hah! Not here in White Bear Township. Each year, one of the three positions for the  Board of Supervisors is up for election. As a general rule, the incumbent is unbeatable ... some of them have been on the board since before we moved here. Decades! Bob decided that this year, he was going to toss his hat into the ring and as luck will have it, the same day he filed, one of the board members announced that he was going to retire. 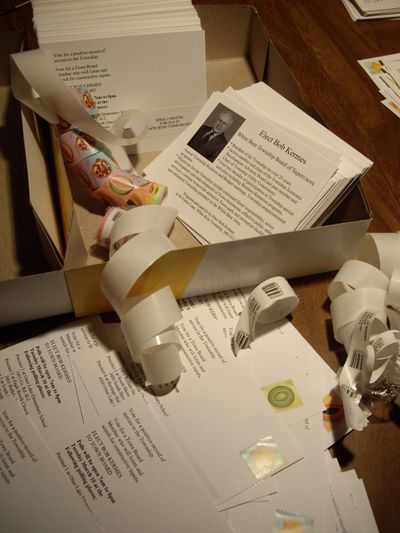 Small town ... big city ... it still takes the same steps to win an election. You have to get the word out to the voters. So that meant several long days of combing the voting records and compiling a mailing list ... then printing, labeling and stamping. In another strange twist of fate, this will be the first time that Ted is able to vote. How funny is that that he can vote for his Dad? Bob has to keep in mind another rule of campaigning ... keeping on the good side of the voter! 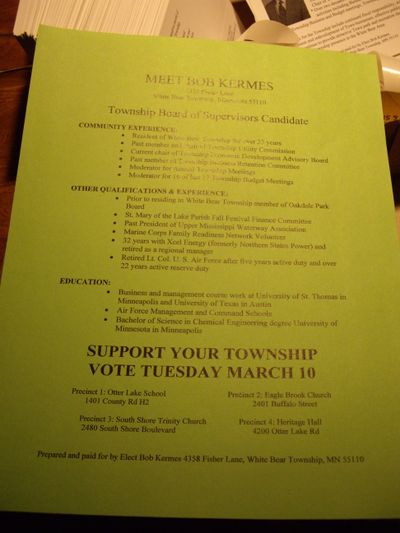 A handbill is sort of like a resume ... one page long and tells all the key points. Bob carefully selected areas to target. (There are rumors of possible write-in votes in one part of the town!) He and Ted have spent time driving all over the place getting the leaflets put into the right spots.

Bob's been a member of various township boards over the years. The Economic Development Board is one. He regularly chairs the annual town budget meeting. The township is different from a city in that the people who live there determine how the township money is spent. I've sat through some brutal budget meetings over the years. It's pretty grass roots ... easy to participate.  Financial responsibility and growth of businesses and jobs is Bob's main concern. That and he'd like to see voter turnout expand. I know he'll do a fabulous job when the voters elect him.

So .. hopefully on Tuesday, lots of people will get out and vote for Bob Kermes! You can count on a guy who wears a sweatshirt with the White House on it, can't you? We think so. 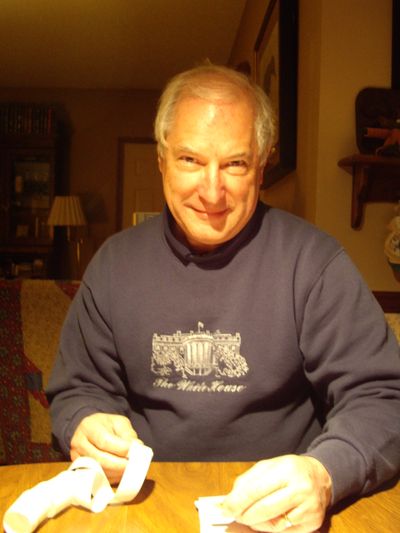 Good luck!! I hope he wins!