I'll be home for Christmas! 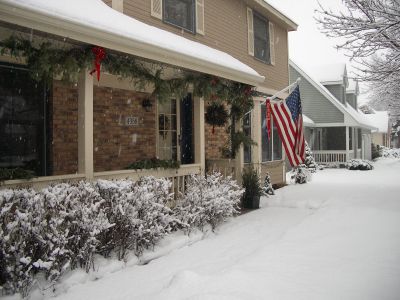 "All hearts come home for Christmas". Is there a phrase that better describes the feeling of where we each want to be on December 25? It might be the home you live in now ... the one you grew up in ... or just the feeling of the family who inhabit both of them. We always ask 'where are you going for Christmas' and don't you always feel a little bit sad for those who you know can't get 'home'? Before you go blog hopping, though, hop over to Terri's to see what she has to make your home even more special! 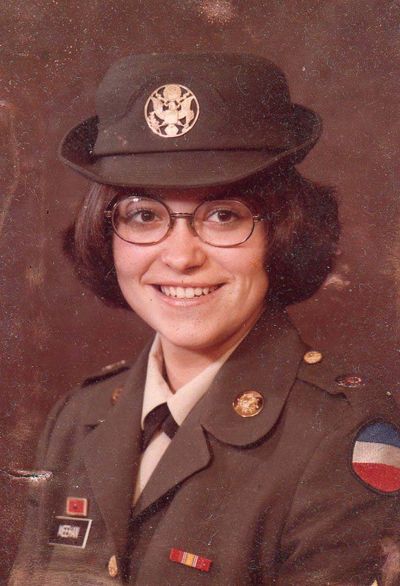 The only time I missed being home for Christmas was when I was in the military. Surprised, huh? Most people don't know that I spent close to 15 years serving ... first on active duty in the US Army and then an additional 11+ years in the Air Force Reserves.

My first year in the Army I came close to not making it home for the holidays. Not because they wouldn't let me ... they were eager to get all of those still in training out of the barracks for a few weeks. Snow in Minnesota was the culprit. It was falling heavy and fast resulting in me having to spend a day and a half in the Atlanta airport. In a skirt and pumps ... because back in the day, if you were traveling on orders you needed to be in a dress uniform and for women that meant the one with the skirt. Yuck.

I had to get home mainly to deliver my gift for my mom. While wearing my nylons and pumps, I was also dragging a duffel bag filled with pecans! In the shell. My clothes for leave barely took up the top 12" of the bag. My mom loved baking with pecans and when I found that I could buy them from roadside stands in Georgia, how could I resist? I was sooooo excited to be bringing them home to her. While hanging out in the gift shops at the airport, I found a pecan cookbook with a wooden cover and added that to my gift. Found out later that she had never made pecan pie ... used the recipe for it from this cookbook and it was her favorite forever after that. And for the record, there wasn't a single gift for anyone else in that bag ... I figured they'd eat anything Mom made and that was gift enough!

My second year away I almost didn't get to go home ... air fare prices were astronomical ... I know that eventually I ponied up the $200 for the ticket from Virginia to Minnesota ... but I hated having to pay that much! But I had to go home that year no matter what the cost because I had another gift for my mom ... she wanted a 'real' photo of me in my uniform so I saved my money and went to a professional photographer in Williamsburg. Everyone was getting photos ... you know how it is ... it's a better deal if you buy more! And why wouldn't they all want one of their sister in uniform, right?

The third year I didn't make it. Someone had to be on duty and I knew that most of the junior staff in our unit were desparately homesick. I volunteered to stay back ... figured it wouldn't be too hard as I'd be busy and I knew I'd be home for the holidays next time as there was no way I was going to reenlist. Oooooof! Who knew it would be that painful? The phone call home just made things worse. And I'm sorry but chow how food just doesn't taste like home ... no matter how much love the mess hall cooks put into it. I missed my Mom. Could not wait to for the next day to come. 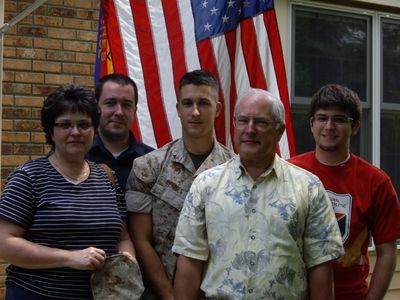 Last year, Christmas was almost painful. The shoe was on the other foot and I got to experience what my mom went through when her kids couldn't come home. Alex's Marine Reserve unit was deployed to Djibouti, Africa. We didn't pack away the holidays or anything but it was just off a bit. I'll tell ya ... even though you're setting the table for four (or whatever number that is) ... you can always feel the space where that one extra plate should be. 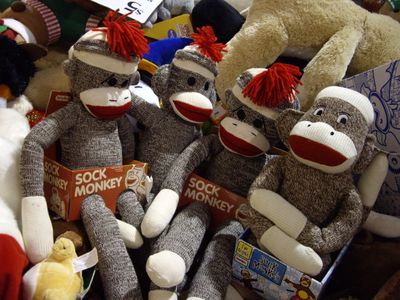 We filled the time by taking the place of the deployed Marines in the unit and packed the donations for Toys For Tots. There were a lot of other Marine families there, too so it was a great time to catch up on the news from Djibouti.

I know there are lots of families who will have someone missing at their holiday table this year ... my heart really goes out to those who aren't home because of their commitment to the armed forces. If you're a mom of one of them, I'm thinking of you!! 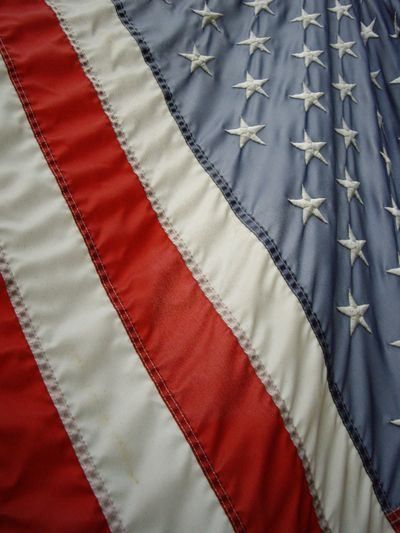 What wonderful comments! If I wasn't crying because of your story I am now! Thanks for sharing. Merry Christmas. God Bless Us Everyone! :)

Thank you!! to you and your son for your service to our country.

THANK YOU for sharing your memories with us!

Wait, so you talk about me and THEN you post a picture of sock monkeys. What exactly are you trying to say here?

Thank you for your heartfelt, memories. God bless you & yours for your service

It's sad not to be in our homes for christmas!

Thank you so much for sharing such a touching story. It brought tears to my eyes!

What a great story and thank you for your service. And the posting above me also thank you. My youngest grandson recently graduated from Marine bootcamp in San Diego. Now is doing some classes at Camp Pendleton. Then he will be sent to North or South Carolina (not sure which one) to take the rest of his training. Thanks to all of you wonderful people who serve and protect us.

We've had several extended-family members in the military, and there always seemed to be someone who couldn't get to my grandma's in St. Louis for Christmas. There was a hole in the celebration where they should have been. Bless you, your family, and all who serve or served.

Thank you (and your son) for your service to keep this wonderful country of ours free to even celebrate Christmas!

God Bless the Troops - & Thank You for serving!

Thanks for your service and that of your son. It is surprising when you learn of women that you know have served. I loved the pecan story.

Thank you for the nice story & acknowledging all the Mom's of our Military.

Well, you've done it - following along, enjoying the stories, and then you come along, and I am now in tears!! Wish I had been there that Christmas to carry your duffle bag, and thank you, thank you for your service for us and to our great nation!! Hugs!!!

Thank you for your service to our great country. I have a son-in-law in the Air Force and another in Air Force Reserves. The Reserves fellow missed Halloween, Thanksgiving, Christmas and New Years a couple of years ago. Fortunately, my daughter and children lived here in town so she had some support. My active s-i-l mas missed several important dates with the family...no major holidays yet but we all know it goes with the territory.

thanks for sharing your story. And, oh how I love sock monkeys!

My first Christmas away from family was with my husband on an Army base in Kansas. It turned out not be as bad as we thought it would. Many close Army friends helped fill the void. And our little Charlie Brown tree that cost $1.00 on Christmas Eve is a treasured memory. Thanks for serving.

Thank you for serving our country. It never really seems like Christmas unless you are with family, eh...

Thanks for sharing your story, it was very touching. I got a vision of you hauling those pecans home in your bag...your photo in uniform helped!!
Very nice family photo also.

First of all, thank you for your service.
Thanks for the wonderful story! I'm sure most of us can relate in some way. God bless all those who have military members who are away for Christmas.

No, I never knew you served. I extend a sincere thank you. Our SIL was a Marine and became a custom for us to have Single Marines join us in Thanksgiving dinner. Now it's single policeman since our son and SIL are law officers.

You made me cry. I was a military wife for 11 years so I know all about not being able to afford to go home from Germany for Christmas. Thankfully I spent the time feedingall of the homesick single guys that my husband worked with it helped a bit.

Oh, this was a touching post. Right through laughing at your bag of pecans to your statement of the empty place at the table. Bless you.

What a nice post! I can so relate as my Dad was in the Navy. Military families really do make many sacrifices at Christmas and throughout the year. Thank you for your service!

I'm blinking back a tear, as my oldest will likely not make it home from his post in Florida - US Navy. We won't see him for Thanksgiving, either, but he is going to go to his uncle's house (about 3 hours from his base) the day after Thanksgiving. Thanking you and yours for your service!

Other than my Grandpas serving in WWII, I don't have a connection with the military, but I whole heartily support the men & women who are willing to put their lives on the line for the rest of us. They are always in our thoughts and prayers. Thanks for sharing.

What a wonderful, heart-warming story Roseanne; thank you!

Roseann, your post hits home for me big time. There were many a holiday where my military duties took precedence. I opted on those holidays to make it a good one for those who couldn't go home; I would have up to 25 young men and women feasting at home with me. I always loved the surprise on their faces when Santa would show with a gift for each of them! Like little kids all over again. Thanks for the great memories.