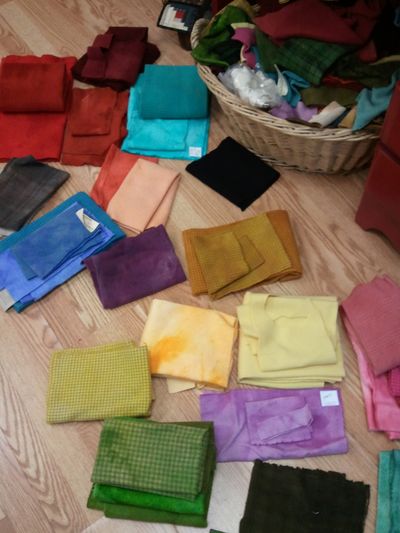 It's not that I like  ... or have time ... to sort through my wool stash but when you want to make something and realize it's all just a jumble in the laundry basket ... well then drastic measures need to be taken! I thought of a great idea but wasn't sure if I had the right colors so needed to find out exactly what I have. Pandora's box! 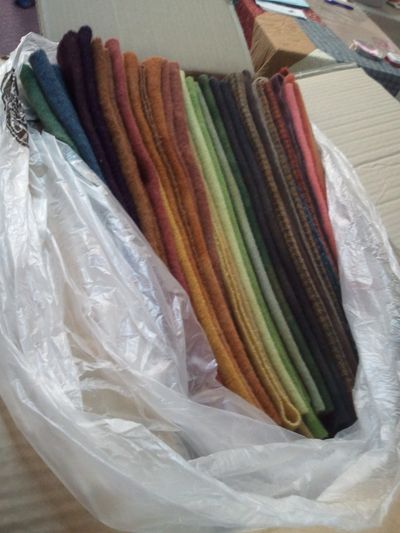 If I don't find what I need in my own pile I can always raid the store! During the week we got in a huge box of beautiful hand dyeds from a new-to-me dyer in Utah. Looks like fall in that box! 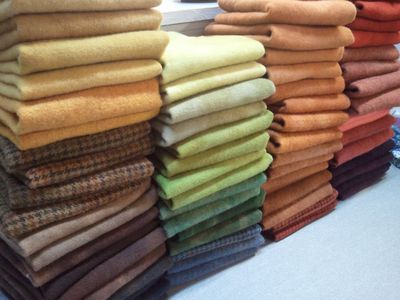 It's hard to believe that once the pieces in that box are ripped down and folded we end up with this beautiful stack! Good thing my great idea has an Autumn bend to it. But then there is that top secret project I'm also working on so if between the store and the stash ...  I can't find just the right color, help is only a phone call away ... thanks to those other dyers I have on speed dial. The choices would make any wool crazy person swoon!! 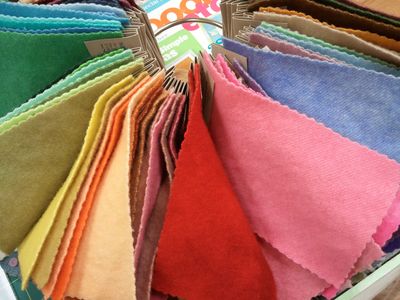 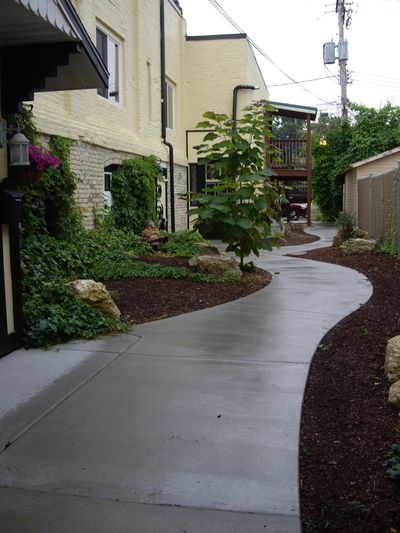 I'm going to confess to not keeping my eyes wide open ... and I'm so disappointed in myself for not paying attention to this little gem in downtown White Bear Lake! I needed to pay a visit to A C Upholstery this morning so I took the usual route ... down 4th Street to the building I knew they were in. Turns out they're in the back of the building and to get there you have to walk down this charming sidewalk with something that stops you at each twist and turn! 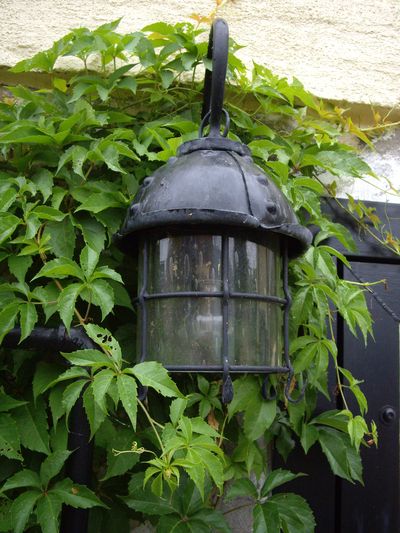 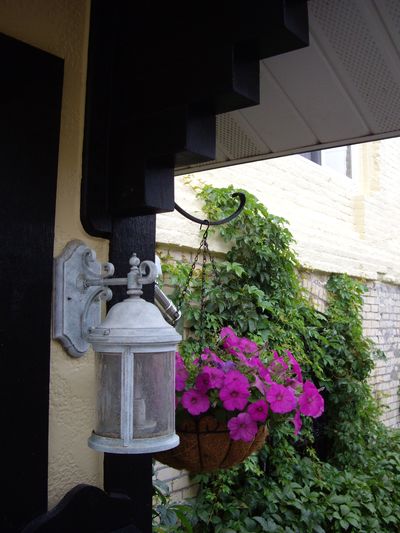 Lights ... and leaves ... and flowers! Nothing matching which is something I love! 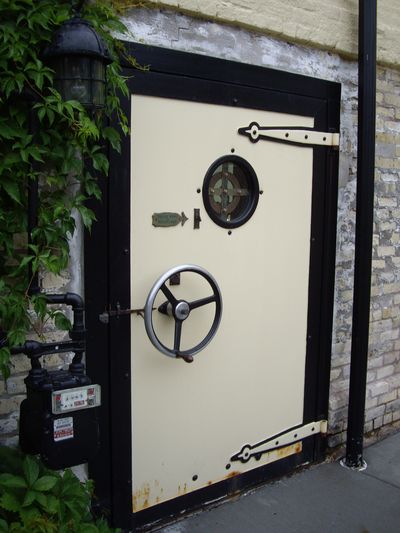 And then there were the doors! What do you think goes on behind doors like this? 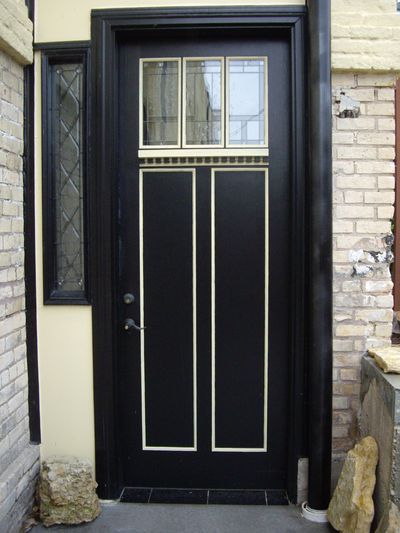 The building looks straight out of a European picture book! Check out the windows. 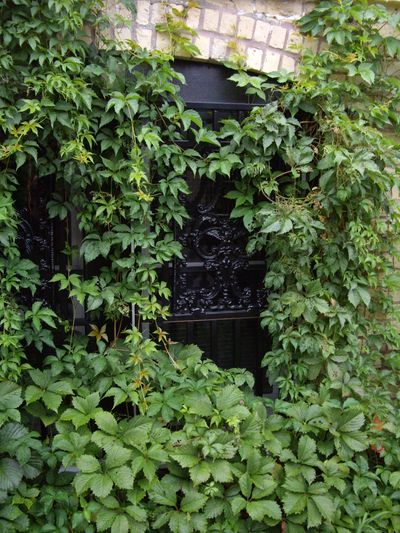 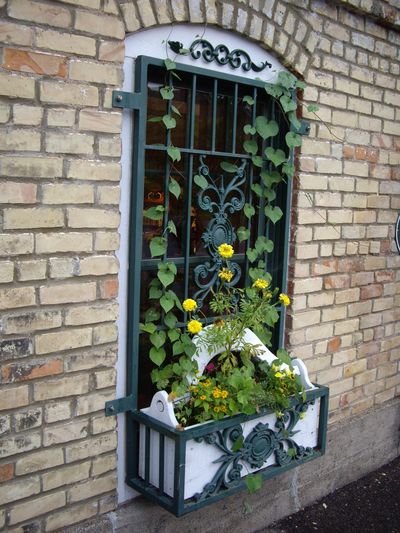 And then there were just a bunch of unusual things that caught my eye! 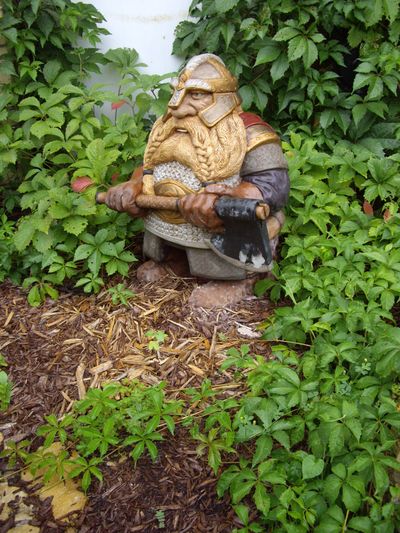 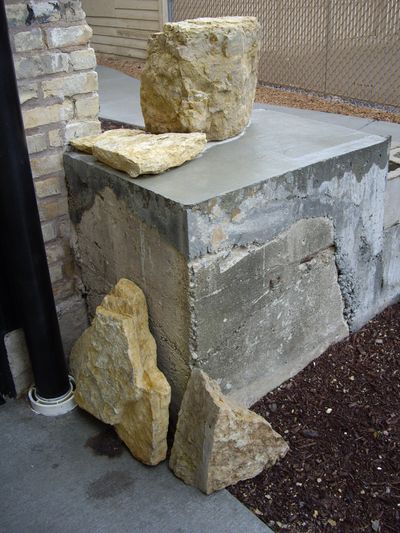 What do you think ... the beginnings of a White Bear Lake Stonehenge?

Terry and Ann were nice enough to let me peek around their workrooms and take some more pix. 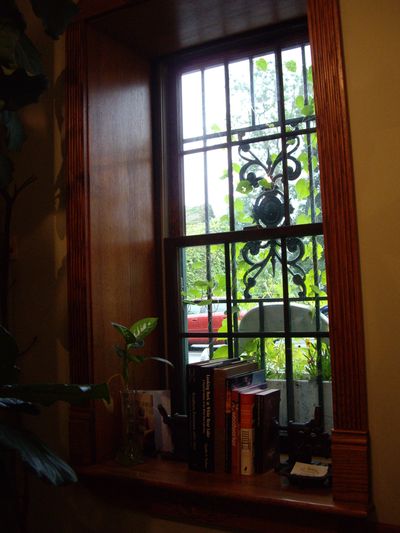 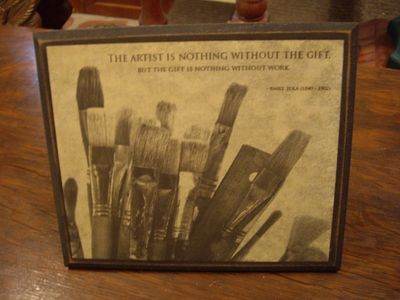 I was waiting for Geppetto to look up from a workbench somewhere ... even though they don't cobble shoes. But I bet they could! They had so many other neat things they've made by hand!

The stories this machine could tell! 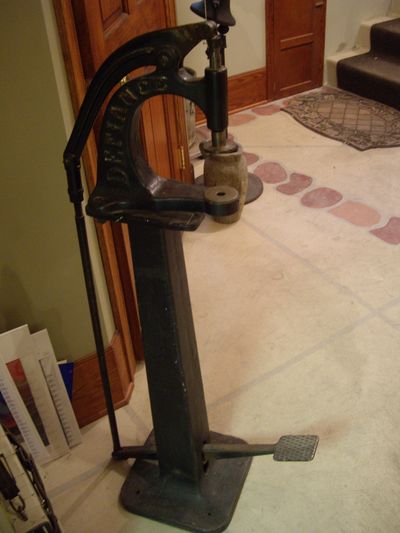 And I think we need this machine for placing all of those grommets in purses! Sure beats hammering them in place on the sidewalk. 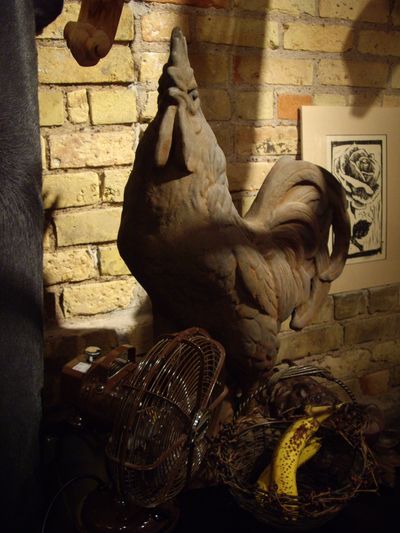 I had a terrific tour of the building ... learned some things about it's history ... saw lots of beautiful details that have kept my head spinning for the last few hours. I love the whole feeling of finding a new secret and how I felt the second I tumbled upon it! 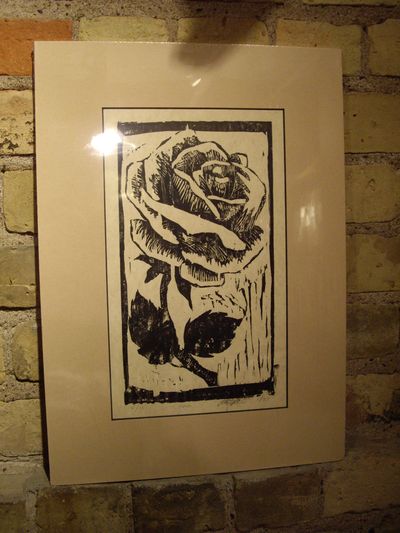