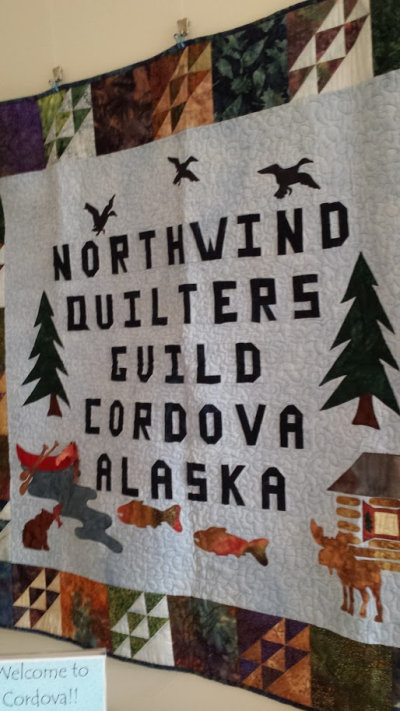 Before the new year, I got a call from Alaska ... the Cordova Northwind Quilters wanted me to come and teach during their annual retreat! Because I had met some of the women in the group, it was so easy to say yes! 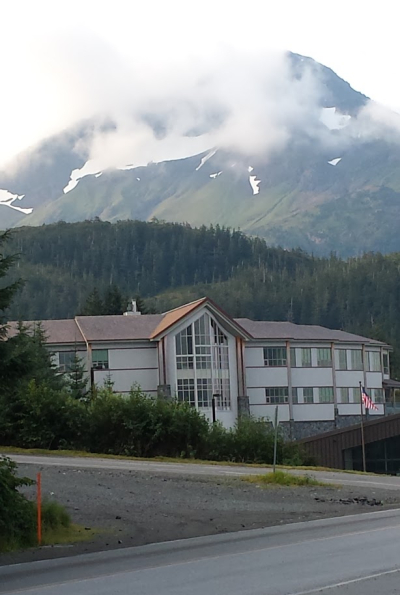 Cordova is a fishing village in the Prince William Sound. Classes and their quilt show were held in this beautiful new facility ... their city center ... state-of-the-art technology with amazing teaching space. The building housed a theater, gallery, gift shop, library, and a licensed kitchen where small food companies could prepare their products. 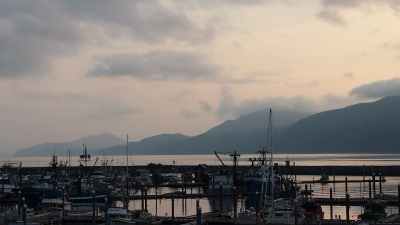 The view outside the class room windows was upstaged by the quilts hung up in side ... but it was stunning none-the-less. And distracting! 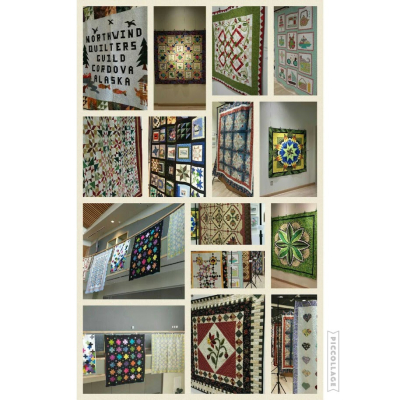 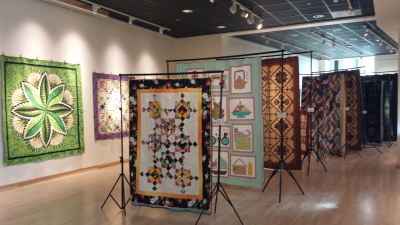 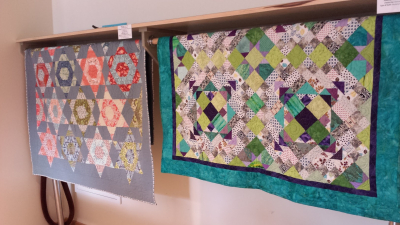 This was the 30th anniversary of the guild. They had a party! And this was the first quilt show they've done. The wide range of fabric, designs, and styles was like you'd find at any other quilt show ... the group has so many interests and it showed in their work. 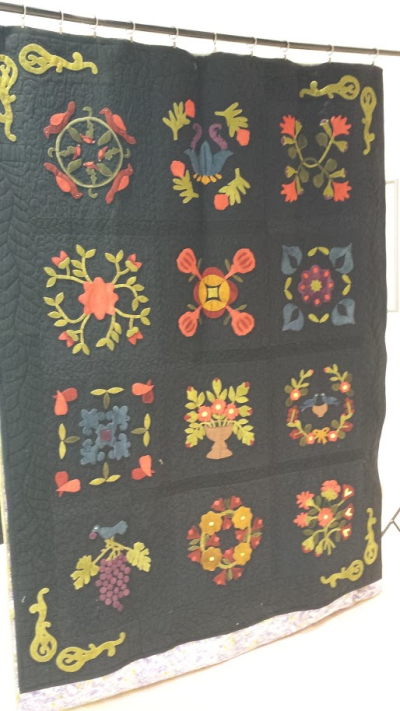 Of course, the wool applique quilts were my favorites. The big blocks on this quilt took a lot of work but they had so many details! 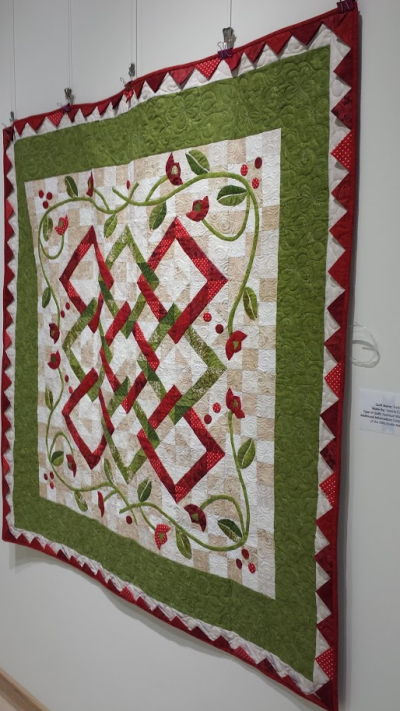 Fell in love with the red Prairie Points! 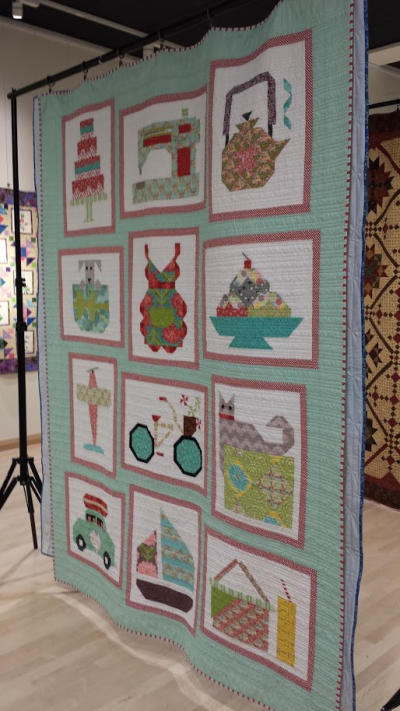 And the whimsy in this quilt ... so adorable! 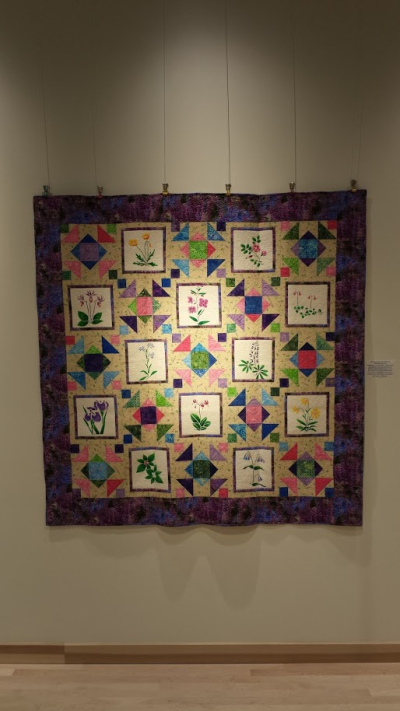 This quilt had hand stenciled blocks ... pieced between. So pretty! 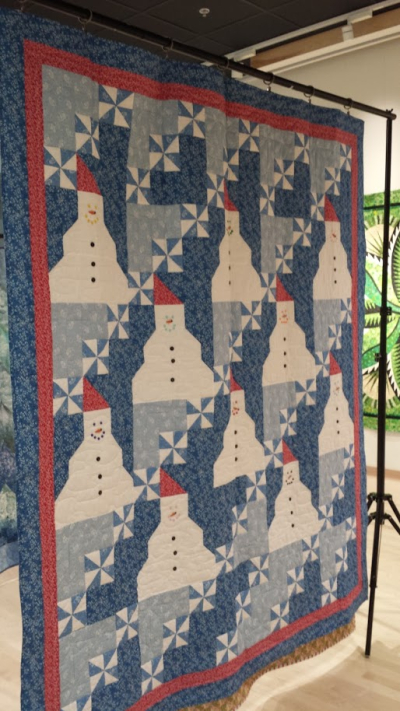 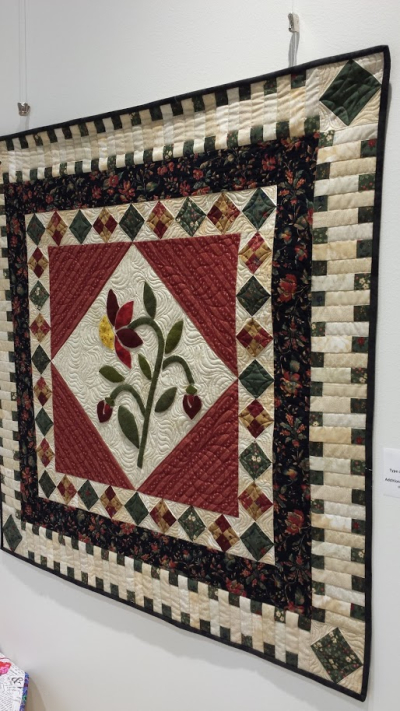 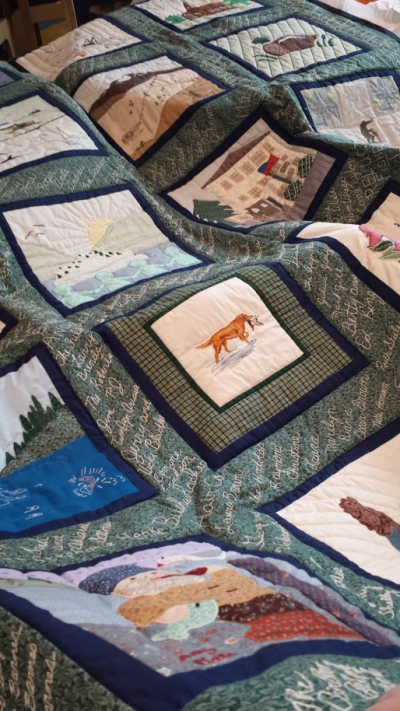 My favorite though was this quilt that wasn't hung in the show ... it typically hangs in the Cordova Museum which was under renovation. When the guild was first organized, they made a quilt as a fund raiser. Each of the applique blocks depict something in Alaskan or Cordovan life. The sashing between is stitched with the names of members of the community ... they paid a fee to have their name added. Some of them were little children when the quilt was made and now are adults who've moved away or remain in town. Some have passed away. Its a tribute to the ebb and flow of town life.

It was hard to leave the sights and sounds of Cordova but I intend to return some day ... SOON! 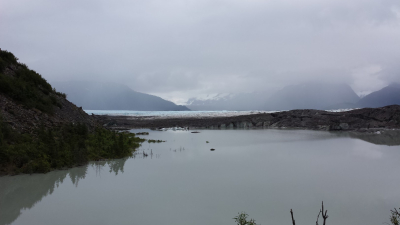 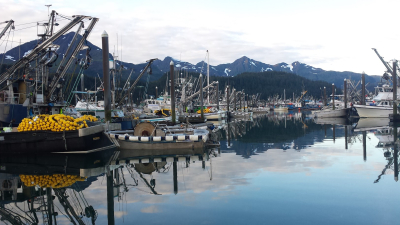 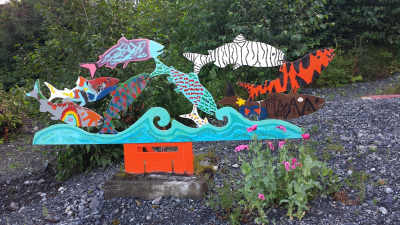